Indian genes had got mixed with that of Australian aboriginals more than 4,000 years ago — centuries before the Europeans colonized Down Under.

Dingo, the Australian wild dog, may have also been an Indian export besides stone tool technologies that changed the way Australian aboriginals lives their lives. Latest scientific evidence published on Tuesday has found that Australian aboriginal and Indian genes were mixed.

A study by researchers of the Max Planck Institute for Evolutionary Anthropology in Leipzig, Germany, has now confirmed evidence ofsubstantial gene flow between Indian population and Australia aboriginals about 4,000 years ago.

Interestingly, the study also suggests that this migration coincided with several changes in the archaeological record of Australia, which include a sudden change in plant processing and stone tool technologies, with microliths appearing for the first time, and the first appearance of the dingo in the fossil record.

Speaking to TOI from Germany, lead researcher Irina Pugach said, "Since we detect inflow of genes from India into Australia at around the same time, it is likely that these changes were related to this migration."

She explained, "We have estimated the amount of Indian contribution to Australian genomes at around 10%, but this number doesn't tell us anything about how many individuals might have migrated. This number depends on the size of the Australian population at the time, and we don't know how big it was. The amount of Indian ancestry could have become inflated through the process known as genetic drift, especially if the Australian population was small."

"Out of the populations considered in the study, Dravidian-speaking groups are the best match to be the source populations for this migration, but this does not mean the ancestors of these groups actually were the source population. It is possible, that there is another group which we didn't sample yet. Another possibility is that this group doesn't even exist anymore," she added.

Now, researchers have analyzed genetic variation from across the genome from aboriginal Australians, New Guineans, island south-east Asians and Indians.

Dr Pugach said, "Our findings suggest substantial gene flow from India to Australia 4,230 years ago — during the Holocene and well before European contact. Currently the accepted view is that Australia has been completely isolated for almost 45 thousand years following its initial colonization in the late 1800s. Yet Australian archaeological record documents some changes which occur in Australia around — 4,000 years ago, which could have been potentially brought in from the outside."

"In principle, mid-Holocene is a period of expansion in trade interactions in the region of greater Australia, and some suspected Island Southeast Asia as a potential source of the observed cultural shift in Australia. Some previous genetic studies also hinted at possibility of gene flow from India. The significance of our work is that we examined this question with much more genetic data and were able to firmly establish a signal of gene flow from India to Australia. We were also able to date this gene flow to 4,000 years ago," she added.

The study said that though the DNA of dingoes appears to have a south-east Asian origin, "morphologically," the dingo most closely resembles Indian dogs.

It cited genetic and archaeological evidence to suggest that anatomically modern humans expanded from Africa and colonized all corners of the world, replacing with limited gene flow local archaic Homo populations. The expansion of modern humans apparently proceeded via two routes: the northern dispersal that gave rise to modern Asians 23,000-38,000 years ago and an earlier southern dispersal, which followed the coast around the Arabian Peninsula and India to the Australian continent. It has been suggested that the ancestors of aboriginal Australians diverged from the ancestral Eurasian population 62,000-75,000 years ago and, based on archaeological evidence, reached Sahul — the joint Australia-New Guinea landmass — by at least 45,000 years ago.

The prevailing view is that until the arrival of the Europeans in the late 18th century, there was little, if any, contact between Australia and the rest of the world although some chromosomal studies suggested some gene flow to Australia from the Indian sub-continent during the Holocene (around 12,000 to 11,500 years ago).

"Here, we analyze genome data and find a significant signature of gene flow from India to Australia, which we date to about 4,230 years ago," the study said. 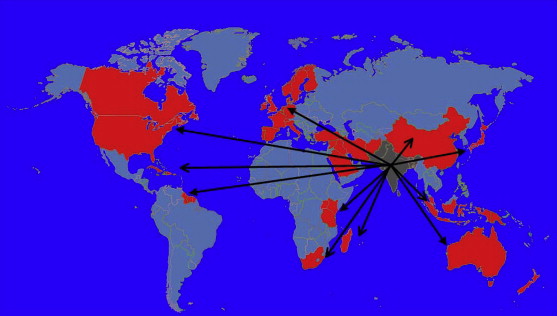 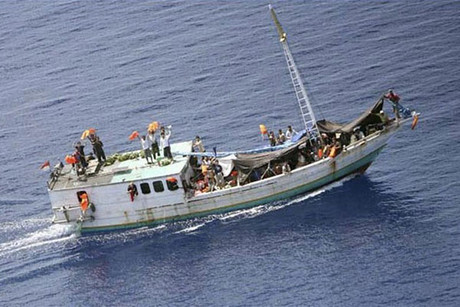 Posted by இராஜராஜேஸ்வரி at 12:55 AM 7 comments